Straphangers rushing through the New York City subway might want to take note of the buskers performing on the platform next time. You never know who might be playing.
Setting up shop at the station under Rockefeller Center was a disguised Alanis Morissette and Jimmy Fallon, rocking out on some well-known tunes.
The pair first tackled “The Little Drummer Boy,” with Morissette singing and Fallon hitting a drum. After thanking those who stuck around to watch, they then revealed their true identities.
With a crowd standing by, Morissette broke out her huge hit, “You Oughta Know”. The segment was shown on Wednesday night’s episode of The Tonight Show Starring Jimmy Fallon.
Have you run into a celebrity on the street? How was the encounter? 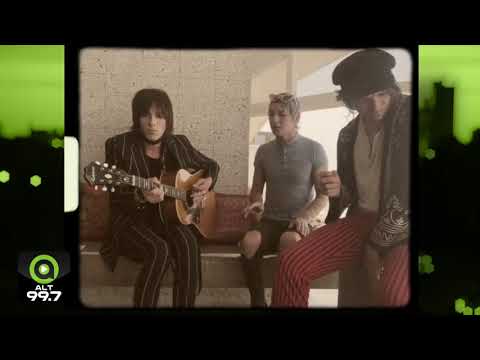 The Trailer for Season 2 of The Mandalorian is Here