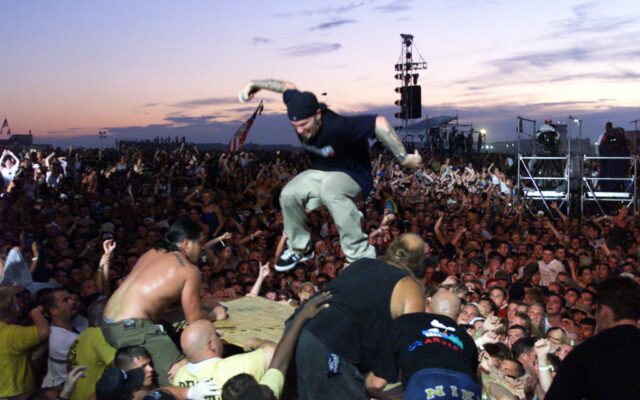 Carson Daly has been getting a lot of questions about being at Woodstock ’99 in light of the new Netflix three-part doc “Trainwreck: Woodstock ’99” and now he’s opening up about his experience.. and it was a scary one. “All I can say is: I thought I was going to die,” he says. “It started off great, ‘TRL Live’ from the side of main stage interviewing all the bands (like Jay from Jamiroquai) & then started getting pelted with bottles, rocks, lighters, all of it. It got insane fast.”

Carson also recalls when night fell and Limp Bizkit played “Break Stuff,” his boss at MTV told staff and crew backstage, “‘We can no longer guarantee your safety, it’s time to go!’ I remember being in a production van driving recklessly through corn fields to get to safety.” He said the whole thing was “so crazy and a blur now” and that he felt like he ”was in another country during military conflict.”

Carson Daly is back and talking all about Woodstock ‘99. pic.twitter.com/QOccZLKMTf