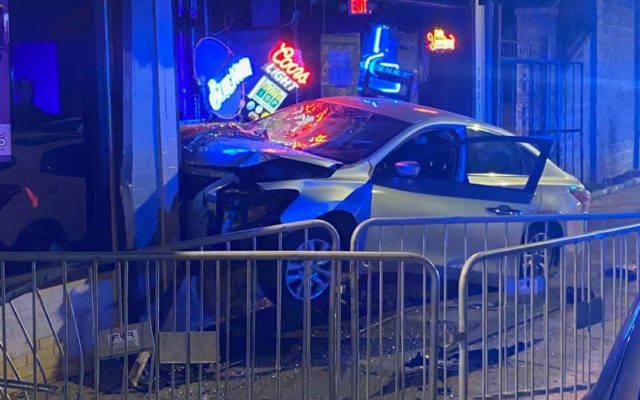 A headbanger who was ejected from a recent P.O.D. concert found a way to bang his head outside the venue.

Or, more appropriately, into the venue’s outer wall. The incident occurred at the Zydeco theater in Birmingham, Alabama, where P.O.D. was performing with From Ashes To New and All the Good Things.

After one fan was kicked out for getting a little too rowdy, he returned a short time later and attempted to run over the bouncer who’d ejected him, according to From Ashes To New singer Matt Brandyberry. But the plan backfired, apparently.

What’s the craziest thing you’ve seen at a concert?

Paramore teases new ﻿’This Is Why﻿’ track, “The News”