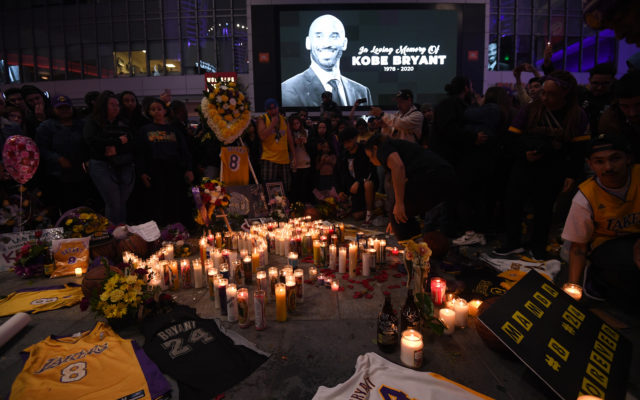 Having watched Kobe Bryant for two decades from the stands as a Los Angeles Lakers fan, Flea took the news of the NBA superstar’s death in Sunday’s helicopter crash pretty hard.
Taking to Instagram, the Red Hot Chili Peppers bassist posted a heartfelt tribute.
Writing that he cried and was in “shock,” Flea added, “Kobe, by virtue of his passion, intelligence, discipline, ferocious spirit and thoughtfulness, brought me oodles of joy. He inspired and uplifted me. I was in awe of him. He brought our city together, all of us.”
In a second post, Flea, who performed the National Anthem at Bryant’s final Lakers game, shared a pic of the two shaking hands, along with the caption, “was humbled in his presence.”
Which other rockers have offered tributes to Kobe? Which rockers are huge sports fans?

❤️❤️❤️ was humbled in his presence.