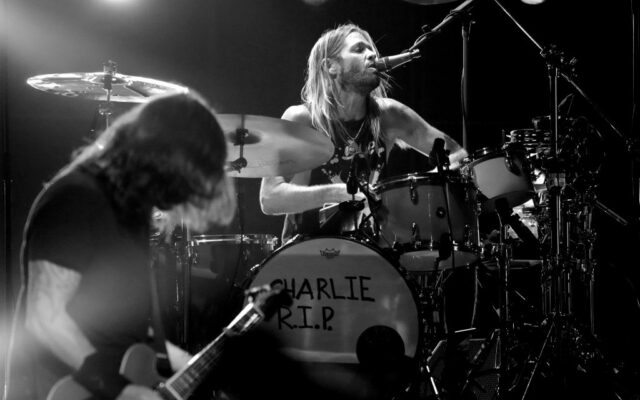 “The Foo Fighters family is devastated by the tragic and untimely loss of our beloved Taylor Hawkins,” read the message, which was posted to social media. “His musical spirit and infectious laughter will live on with all of us forever.”

While no cause of death was given, reports indicate Hawkins was found in a hotel room while band was preparing to perform in Bogota, Colombia.

Hawkins was just 50 years old, but his impact on rock has numerous musicians and celebrities taking to social media to honor the late drummer…

God bless you Taylor Hawkins. I loved your spirit and your unstoppable rock power. Rest In Peace my friend. pic.twitter.com/AkiRLF2L3e

In absolute shock & disbelief over the the passing of Taylor Hawkins. I’ve always had so much admiration for him. Amazing drummer & a gem of a guy who was always fun to be around. I’m absolutely gutted…my deepest condolences to his bandmates & family 😥🙏 #RIPTaylorHawkins pic.twitter.com/a3X0k2AqYW

In utter disbelief at the news of Taylor Hawkins. Our deepest condolences to his family, his bandmates, his team, his friends and everyone that was ever touched by the music he created with @foofighters @Alanis and so many others. This is so incredibly sad. pic.twitter.com/2AUeqpaN94

Taylor Hawkins was a terrific drummer with a gorgeous disposition, seemed always to be having the time of his life. I didn't know him well but I know music is lessened by his passing, made duller and smaller. Requiescat.
🎈

Who is your favorite drummer?