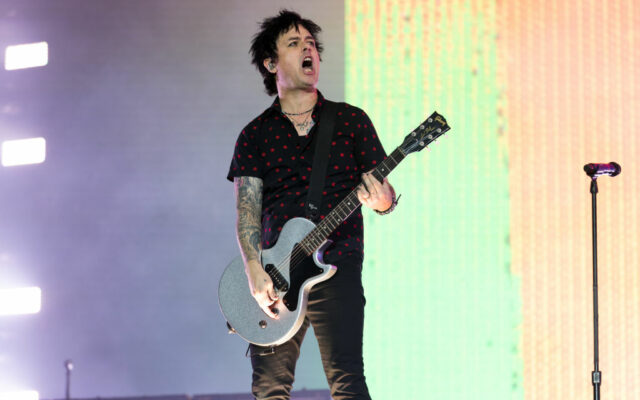 Green Day’s Billie Joe Armstrong announced on Friday that he was “renouncing” his U.S. citizenship.

Armstrong did not hold back when mentioning the overturn of Roe v. Wade at the band’s Friday show in London. “F*** America,” Armstrong told the crowd.

“I’m f***ing renouncing my citizenship. I’m f***ing coming here.” Sure, he was just in the moment. Maybe it was just a thing you say but don’t mean…

“Oh, I’m not kidding,” Armstrong added. “You’re going to get a lot of me in the coming days.”

Fans and fellow rockers have had time to weigh-in on Billy’s announcement. Five Finger Death Punch bassist Chris Kael has no time for artists who vow to leave the United States.

No one cares about anything enough to pack up and move out of the country. It’s easy to say onstage, on TV and on social media; but, when’s the last time you actually packed your bags for anything longer than a brief vacation and a quick return home? Stop bullshittin’. #USA

Do you think Billie Joe Armstrong is serious about leaving America? How would Green Day do as a U.K. band?