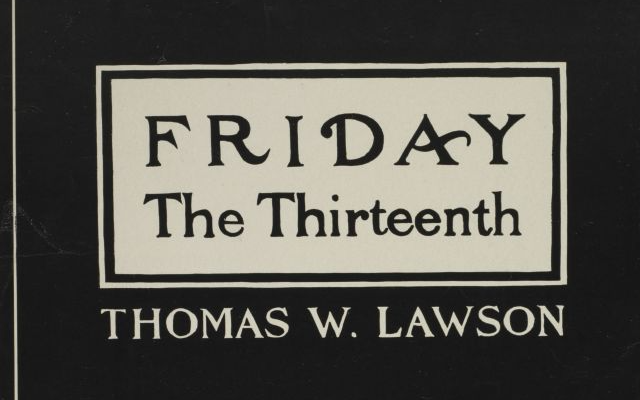 1.  Friday the 13th.  Nobody knows for sure how it started, but one theory is that it has biblical origins and is tied to the number of guests at the Last Supper and Jesus’ crucifixion on Good Friday.

2.  Breaking a mirror.  Ancient Romans believed that mirrors held a piece of your soul . . . and a separate myth said that our body “renews” itself every seven years.  So those two things together helped create the “seven years of bad luck” thing.

3.  A black cat crossing your path.  In the Middle Ages, black cats were associated with witchcraft and demons.  And that snowballed into the idea that if a black cat crossed your path, they were blocking your connection to God and path to heaven.

4.  Knocking on wood.  The idea here came from ancient civilizations that believed trees housed various spirits . . . and touching the tree would give you a protective blessing from those spirits.

5.  White lighters are bad luck.  This has its roots in the 27 Club, where young musicians like Jimi Hendrix, Janis Joplin, and Kurt Cobain all died at the age of 27.  According to the superstition, they had white lighters on them when they died.  But BIC disposable lighters weren’t even invented until 1973 . . . and Hendrix and Joplin died in 1970.

More about:
friday the 13th