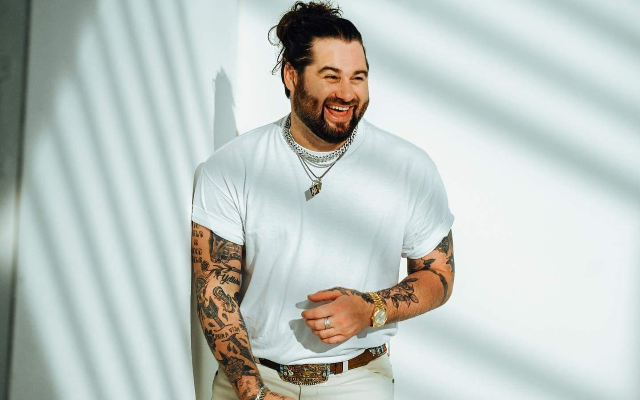 Genre-bending artist Koe Wetzel has revealed his ‘The Road to Hell Paso PT. 1’ North American headline tour slated for Spring 2023. Presented by Monster Energy and in support of Koe’s latest album Hell Paso, the newly announced 25-date run kicks off March 2 in Tallahassee, FL. Koe will also bring his captivating live show to Colonial Life Arena on Saturday, March 11 and will have Tyler Farr and Dylan Wheeler join as support.

Visit ticketmaster.com or roadtohellpasotour.com for tickets and more information.

Today’s tour announcement follows the September release of Koe’s latest album Hell Paso, which debuted at #12 on the Billboard 200. Recorded at the iconic Sonic Ranch Studio outside of El Paso, TX, the 13-track LP perfectly blends Koe’s musical influences and carves a unique lane for himself. In speaking about the album, Koe says: “We pulled in every genre we were feeling at the time. We spent the last ten years trying to make this sound, Hell Paso has it.”

With over 350,000 tickets sold in 2022, the Texas-born singer, songwriter, guitarist, and producer continues to dominate the touring world. Wetzel is currently on the road through early December, including three dates with Jelly Roll. Featured on Pollstar’s ‘Top Worldwide Tours’ in 2020 and 2021, Koe has been a touring phenom, performing a slew of sold-out dates throughout the past few years including ballpark stadium shows.

Koe Wetzel might just be the last real rebel out there. The Gold-selling East Texas-born singer, songwriter, guitarist, and producer shakes up the status quo, shatters expectations, and sticks to his guns with a sound steeped in country storytelling, yet spiked with grunge grit. He’s unapologetic, undeniable, and unlike anyone else you’ve ever heard. Without anything to prove and nothing to lose, he continues to kick ass on his own terms. Breaking through with a series of independent releases and tallying over 1.3 billion streams to date, he has impressively notched three RIAA gold-certified singles, including “February 28, 2016,” “Something To Talk About,” and “Drunk Driving.” The latter adorned his 2020 Columbia Records debut, Sellout, which arrived to widespread critical acclaim from American Songwriter, The Boot, Rolling Stone, and many more. At the same time, he has quietly emerged as a powerhouse performer. He graced Pollstar’s “Top Worldwide Tours” back-to-back in 2020 and 2021, moving hundreds of thousands of tickets in the process. In addition to headlining his own Koe Wetzel’s Incredible Music Festival, he has packed arenas, amphitheaters, and ballparks across North America, attracting a devout audience on his own terms. He continues to forge ahead with his September album Hell Paso, which debuted at #12 on the Billboard 200. Ultimately, there’s only one Koe Wetzel, and he’s here to stay.