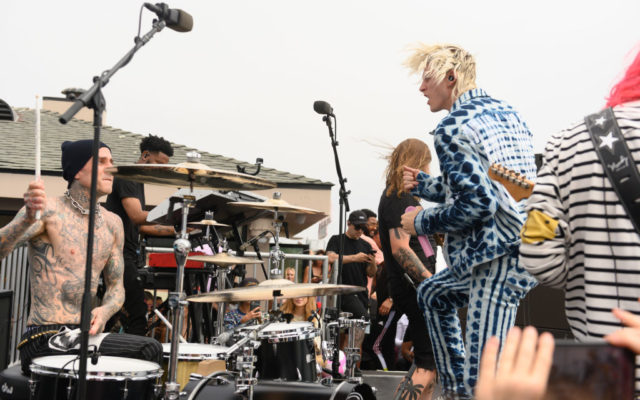 Machine Gun Kelly has announced his new album, ‘Born with Horns,’ and it’s probably too late to change the title.

In an Instagram post, MGK made the announcement alongside drummer Travis Barker and…matching tattoos of the album’s title.
“born with horns” the album,” he captioned. “we’re back for round two…”

Machine Gun Kelly will be kicking off a fall tour in September. You’ll still be playing where’s Waldo to find their new tattoo… it’s in there somewhere!

Would you ever get matching tattoos with someone?