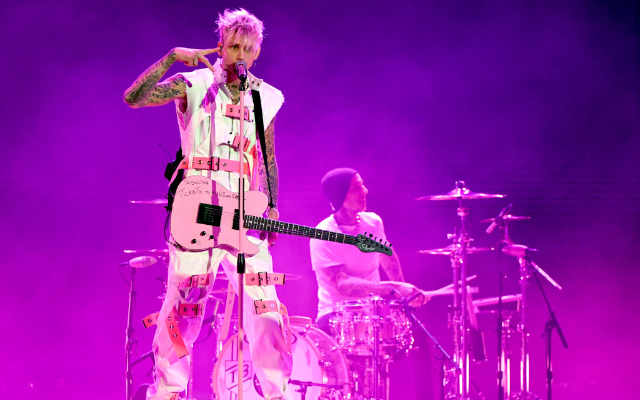 In case you were wondering, MGK and Slipknot, well at least Corey Taylor, are not exactly friends.

On Sunday, they both headlined at Riot Fest in Chicago, but it was MGK who took a quick jab at Slipknot during his set. He said, quote,

Without a doubt, this shade is in response to comments made by Corey earlier this year.  He said quote, “I hate all new rock for the most part.  I [hate] the artists who failed in one genre and decided to go rock . . . and I think he knows who he is.”

corey did a verse for a song on tickets to my downfall album, it was fucking terrible, so i didn’t use it.
he got mad about it, and talked shit to a magazine about the same album he was almost on.
yalls stories are all off.
just admit he’s bitter.

I don’t like people airing private shit like a child. So this is all I’ll say: I didn’t do the track because I don’t like when people try to ‘write’ for me. I said NO to THEM. So without further ado…. #receipts
This is all I’m going to say about it. pic.twitter.com/pkhweg1Ptn

Twenty One Pilots, Bring Me the Horizon, Biffy Clyro among winners of 2022 'Kerrang!' Awards

3 days ago
Connect With Us Listen To Us On