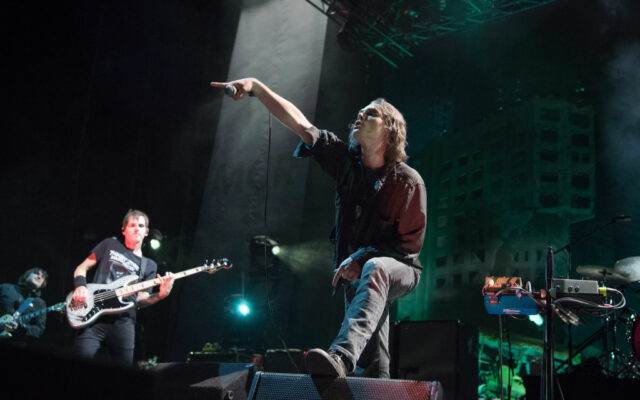 Gerard Way of My Chemical Romance recently performed with the group while dressed as a cheerleader. On August 23, the band performed in Nashville, Tennessee, and Way made an appearance wearing a one-piece cheerleading suit.

As My Chemical Romance tours this year, Way has been changing up his concert wardrobe. He once performed at a stadium while wearing a blood-stained outfit. During that show, the vocalist exclaimed, “I feel so powerful.”

“You should have raised a baby girl, I should’ve been a better son. #MCR #MCRNASHVILLE pic.twitter.com/36zXhJO21U

As they return to the touring stage, MCR even broke out some songs that they haven’t played in a long time!

The band made a stop in Oklahoma City ahead of Nashville and they played some of their hits including “Burry Me In Black” and “This Is The Best Day Ever.” This was the first time they have played these songs in OVER a decade.

Back in Nashville, they played “The World Is Ugly” and that was the first time they have played that song in 14 years.

Previously the band had only played the song in 2008. They recorded it the following year and then release it in 2013. It was part of their Conventional Weapons.

What do you think of Way’s concert attire?