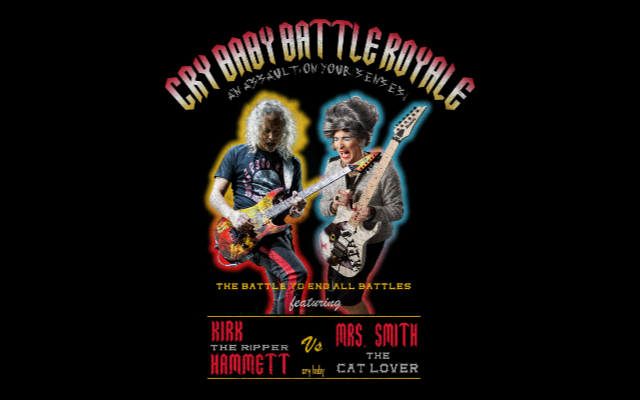 At 1PM on Monday (WAH-n o’clock on George WAH’shington’s birthday), we announced the “Cry Baby Battle Royale” between Kirk “The Ripper” Hammett and Mrs. Smith “The Cat Lover”. The WAH-off will happen during the “Wedding Band” show at the Senate on March 8th.

I got to have a chat with Mrs. Smith, who shared with me what a wah wah pedal is, how this whole “beef” started, and what her strategy is going into this “wah-off.” Listen below:

Mrs. Smith is a philanthropist, cat lover, and the world’s most unlikely guitar hero. Kidnapped and held for ransom by a Norwegian Death Metal Band, she suffered the Stockholm Syndrome which granted her extraordinary musical ability which she uses to raise awareness about her missing cat Carlyle. Mrs. Smith’s music videos, online content, and explosive live shows are a hilarious and astounding combination of legit rock virtuosity and razor-sharp wit all served with a healthy dose pathos.

Mrs. Smith’s madcap mashup of high-camp comedy and authentic musicianship is a favorite with audiences and critics alike and she’s been hailed by Guitar World Magazine as “America’s next guitar savior,” named “Best in Music,” by the Vogue Editorial Board, and dubbed “compelling” by Rolling Stone. More press here.

Mrs. Smith’s unique form of musical performance comedy has been seen on America’s Got Talent, PBS Television, and international ads for GUCCI. She has also performed at Bowery Ballroom, Joe’s Pub at the Public Theater, The Cutting Room, Williamsburg Music Hall, St. Vitus, and Zebulon LA, among many others. Her psychodramatic guitar clinics and gear demonstrations have been seen at The NAMM Show (LA), St. Louis College of Music in Rome, Musique Max in Montreal, and the legendary House of Guitars. She is endorsed by Ibanez Guitars, DiMarzio Pickups, Ernie Ball strings, and Mezzabarba Amps.

“Black Mirror” Is Returning To Netflix 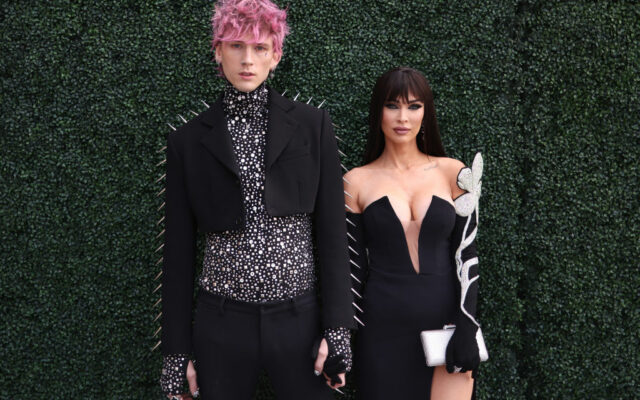 10 hours ago
Connect With Us Listen To Us On